​Heath Carlton Stocks, born November 12, 1976, is a victim of child abuse.  The word abuse encompasses a myriad of inferences, yet in its simplest definition, it means “to use wrongly or improperly; misuse,” and Heath was certainly misused in a very wrong and improper manner.

By all accounts, Heath grew up as most boys do, rambunctious and unpredictable.  His family; mother, Barbara, father, Joe, and sister, Heather, were as practical as any other southern family – good, salt of the earth kind of folks.  Appearances make for lovely Christmas cards and social engagements.  However, the Stocks family façade tended to evaporate once behind closed doors.

By the age of 10, Heath had become a favored scout to Jack.  To ensure his chosen status, Heath adhered to Jack’s every demand and upon being sexually abused at a Boy Scout campout, his acceptance into The Order of the Arrow was sealed.  This special group consisted of several specially chosen young boys who were subjected to horrific sexual abuse at the hand of their leader.  The rewards seemed almost worth the pain.  The young boys were given an unlimited supply of alcohol, pornography, use of firearms and explosives, the freedom to be “older” and, most importantly, understood.

Jack had become a second father to Heath.  Pitting father against son, Jack ensured his place in Heath’s life, as well as a trustworthy guardian for Joe.  The stage was set, paving the way to destruction.

At the age of 13, Heath became the subject of sexual abuse once more at the hands of his dance instructor.  Heath’s mom, Barbara, recommended charges be filed upon learning of the abuse, but none were ever filed.  Heath’s world was becoming increasingly confusing with the only guidance being that of Jack Walls.

When Jack became the subject of an out of town Scout’s accusation of attempted sexual assault, all Jack’s boys came to his defense.  At Jack’s demand, the accuser and his family became the target of vandalism, assault, harassment, and stalking.  Jack’s reign over the boys was secure but to further emphasize his hold, he threatened them with unspeakable shame and bodily harm, even death.

More and more time was being devoted to Jack, allowing the divide between father and son to expand greater.  The outward appearance of average student, high school football star, and Boy Scout was a mask for the inner turmoil brewing.  Heath continued to paricipate in the harassment of the Hogans at Jack's insistance as he, along with the other Order of the Arrow boys, were being groomed as Jack's army, his protector at all cost.  Later, a college friend of Heath would declare being told that Heath was being trained to be an assasin for Jack.

When Heath left for college, some distance was placed between he and Jack, but that was only miles.  Every move Heath made, every girl he became interested in, everything was to be approved by Jack.  The bond was not diminished.  At a time when teens begin the steps toward independence by venturing off to college, the opportunity to denouce Jack was there, he simply was too blinded to comprehend the freedom available.  Besides, it was only Jack who cared.  Who abandons those who love them most?

A weekend visit home would initiate a course of actions that would leave a family murdered and a secret to be revealed that would forever change so many and a community to question everything and everyone they thought they had known.

In early January, 1997, Heath's mom discovered Heath and Jack together.  Although she did not confront Heath, she did request a visit with her pastor for guidance concerning what she had witnessed.  Ultimately, Heath told his Mom and sister about he and Jack; a mistake of magnified proportion.  Jack was outraged at the betrayal he had received by Heath.  There was no undoing what he had done and the ony viable solution was to "kill the problem" he had created.  For many years Jack had instilled this mantra.  Jack's protection was every boy's ultimate goal.

Barbara never spoke with her pastor, nine days after the discovery, she would be dead, along with her husband and daughter.  The "problem" had been killed at Jack's direction and with Jack's assistance.  However, Heath would take the blame, in its entirety.  Silence by Heath would ensure Jack's fullest cooperation and his connections within the community would undoubtedly aid in Heath's defense.

There was no trial, there was no displaying of evidence, no calling of witnesses, no defense whatsoever.  The guilty plea at Jack's command gave little reason or purpose for evidence to be kept or any investigation to ensue.  Had things gone differently, Jack had taken the precautionary steps to solidify his alibi.  He was given the permission to "secure" the scene at the Stocks' residence.  Any fingerprints would be justified.  Jack attended town meetings in which people were attempting to understand what had happened and why.  Deflecting any guilt or suspicion of Jack Walls solidified Heath's fate.

The summer of 1997 would be the end of the horrific abuse at the hand of Jack Walls.  At gunpoint, a victim demanded a confession from him and he got it.  Ultimately Jack would be uncovered for the pedophile and sadistic monster that he was.  An investigation uncovered many young boys and grown men who had been victims, a good percentage of the boys mentioning Heaths' name as a likewise victim.

Holding onto the hope that his silence would bring about a change of circumstances, Heath refrained from exposing too much.  However, the speculations surrounded the community that Jack, on some level, had to have been involved in the Stocks' murders have continued to this day.  During Jack's trial, there was a plea given regarding any sexual abuse/rape charges on Heath's behalf resulting in Jack pleading no contest in order to keep at bay any investigation of such accusation.

Heath remains incarcerated with three life sentences and no possibility of parole.  Situations perceived to be out of his hands has placed Heath where he is today.  Placing that power back in his hands, Heath looks toward the future with hope.  Some stories take time to tell.  He has time and he has his story to tell. 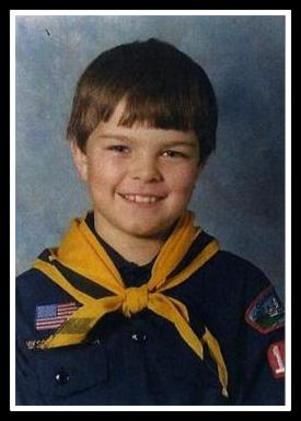 Joe Stocks, Heath’s father, was often away from home as a truck driver.  Joe did not spare the rod when it came to disciplining Heath.  Punishments were extreme both verbally and physically.  A major divide between father and son resulted in Joe entering Heath in the Boy Scouts under the direction of Jack Walls.  Jack was well known as the answer to boyhood issues by parents within the community.