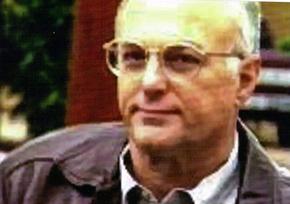 Jack was the answer for alarmed parents as they began having trouble with their growing sons.  What the parents didn’t know was that Jack was taking some of their young sons into a dark, secret world of alcohol, pornography, and forbidden sex.  For decades, Jack used his position in the community to seduce and ensnare these boys with “dangerous attention”.  On one hand, most of them grew to participate in activities that their parents would surely forbid.  On the other hand, only two boys in over 30 years would ever speak out against Jack, and those boys were ridiculed and made the town’s pariahs.  He was truly revered as a hero to the boys, their families, and the community of Lonoke, Arkansas.

There was a common thread among the boys whom Jack befriended and led astray.  Learning disabilities or an already troubled relationship with their parents allowed Jack entry into their lives and families.  Jack made time to spend with these boys when their own parents could not.  He would take them out to his family farm to shoot guns, hunt snakes and wildlife, and blow up beaver dams using his experience with explosives from Vietnam.  For Jacks’ chosen few, these outings would also include alcohol, pornography, and sex.

And there were camp-outs, also at the secluded, family farm.  These camp-outs were filled with the Boy Scouts of Lonoke, but only some were allowed entry into Jack’s elite group, The Order of the Arrow.  It was this group that Jack would gather around the campfire to talk about their lives, what was missing, and what their interests were.  He kept detailed notes of his conversations so he could become those missing parts and the champion of their interests.  Jack would lavish these boys with praise, get drunk, and rape them.  He also made them perform sexual acts on each other as he watched and joined in.  The magnitude of power these boys were subjected to is unimaginable.

Karen Knox, Walls’ sister-in-law, next door neighbor, and mother of two of Walls' victims, had her say in a 1999 interview.  “A lady I talked to after all this happened summed it up.  She lives on the highway leading out to the Walls’ family farm, and every Saturday morning, she would look up, and Jack had an old Ford pick-up, and she said there would be kids hanging all over that truck, going out to the farm.  And she would say to herself, “what a guy, what a nice guy.”

​Charles A. “Jack” Walls, III was born into privilege as the son of a prominent attorney who later became a well-respected county judge in Lonoke, Arkansas.  Jack married his high school sweetheart and had three daughters.  He was a manager for a firearms and ammunition manufacturer and lived in a small, affluent, close-knit community where he was a respected, trusted friend and Boy Scout leader.  Under Jack’s guidance, Boy Scout Troop 103 of Lonoke excelled and he was voted Man of the Year by the Chamber of Commerce.  He was regarded as a pillar of the community and the parents of Lonoke turned to Jack to help in raising their young sons.