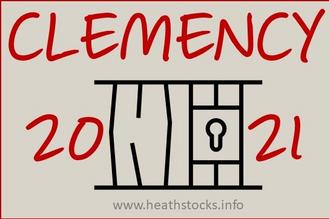 "Whatever way you look at it, it is a tragedy."

​Heath Stocks ​​a story of abuse, tragedy, and hope

Lonoke, Arkansas, a small town just outside Little Rock, greets all who enters with a sign declaring itself to be a "Life as It Should Be" type of community.  Heath Stocks' should not have been one defined by sexual abuse, lies, manipulation, and murder.  Life, as it should be, for Heath Stocks, is one of honesty, truth, and justice.  This site encourages the truth and promises to reveal the facts never told while seeking accountability for the many lives ruined at the hands of Lonoke's most infamous monster, Charles "Jack" Walls, III.

In 1997, Heath Stocks, a silent victim of sexual and psychological abuse at the hands of his former Scoutmaster, Jack Walls, was pressured to plead guilty to the murders of his mother, father, and sister.  The murders were a result of pressure and manipulation to protect the secret of Walls' abuse, a secret that had only recently been discovered by Heath's mother, Barbara.  From age 10 through 20 (when the murders occurred), Stocks had been under Walls' complete control; every single aspect of his existence had been guided by this man. Participating in a murder was no exception.

There was no need for an elaborate investigation since Stocks conveniently, and as instructed by Walls, pleaded guilty to all three murders, receiving three consecutive life sentences.  The murder of the Stocks family would begin the whispers, giving other victims a reason and a platform on which to admit their own abuse by the very same man.  Family members were not excluded from Walls' torment. A nephew, who was also a neighbor and had been abused for years, marched Walls before his parents, by gunpoint, and forced from him a confession.

Walls, once voted the Chamber of Commerce's Man of the Year, for his work with the Boy Scouts, became the focus of an extensive investigation.  After the Stocks' family murder, many adults and teenagers began coming forward with their own tale of abuse and manipulation.  The same, however, could not have been said prior to the murders.

In 1992, a 16-year-old boy from a neighboring town accused Walls of sexual abuse during a Boy Scout camp-out on the Walls' family farm.  The community, and even boys who were currently being abused, adamantly denied their own abuse, and rallied behind Walls, supporting him while ostracizing the accuser and his family.

Political power and cover-up would manipulate the investigation at every level, in every aspect, but Jack Walls would eventually be convicted of six counts of rape, and sentenced to three life sentences.  By pleading no contest to raping Heath Stocks, Jack Walls would not be charged with any involvement in the Stocks murders, a move not surprising when the totality of conspiracy and political power and manipulation is considered.

The story of Heath Stocks is a story of abuse, tragedy and hope, one of tragedy on all levels, but it is true and it is heartbreaking.  Silence is no longer an option.  Cover-up is no longer acceptable.  For all the victims of Jack Walls, speculated to be somewhere between 100-150, and for the unspoken victims of childhood sexual abuse worldwide, it is here that you may find your voice.